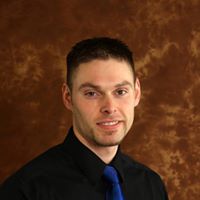 Education: Dr. Kluewer attended Northwestern Health Sciences University where he got his Doctor of Chiropractic degree in March 2013.

Practice: Dr. Jordan started out and continues to work with Dr. Paul Rubert at Rubert Chiropractic in Hustisford, WI. He then started to work for Dr. Jill Rubert at their Beaver Dam location where it was always the plan for him to eventually take over. After a year and a half he felt comfortable enough to take over the business which took on the name Kluewer Chiropractic in June of 2015.

Background:  Dr. Jordan Kluewer is the youngest of six boys who all grew up in Hustisford, WI. Dr. Kluewer loved playing sports and participating in other athletics from a very young age to the present. In high school he sustained injuries to his knees while having continued issues with his lower back. However, chiropractic care kept him in the game. This is what led him toward a career in chiropractic. He attended the chiropractic program at Northwestern Health Sciences University and became a Doctor of Chiropractic in March of 2013. Dr. Kluewer’s athletic background has created a passion for helping  other athletes stay at the top of their game. He enjoys helping his patients with regular chiropractic treatments and talking about sports they enjoy. Dr. Kluewer also has experience in counseling his patients on specific exercises and nutrition.

Hobbies:  Dr. Jordan has a passion for working out and staying healthy. He plays league basketball in the winters and league softball in the summers.